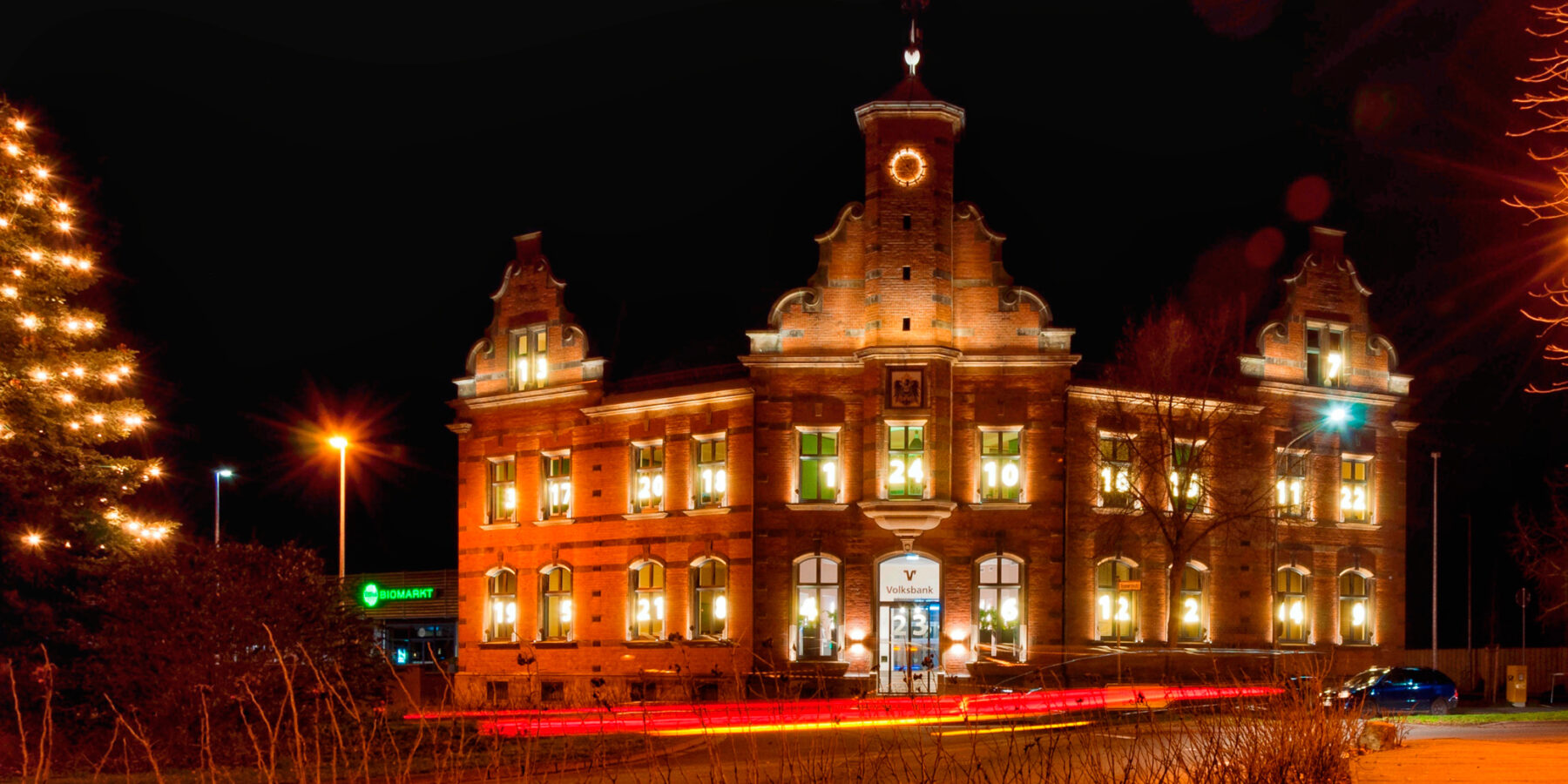 For the first Advent season after the renovation of the Lemgo post office building, the new owners Sagner and Heinze, together with the tenant Volksbank Filiale Lemgo, had come up with something very special for the people of Lemgo – a new number lit up in the windows every day from December 1. Little by little, the numbers of the “largest Lippische Advent calendar” shone brightly.

Under the motto “Join in, do good for Lemgo and win”, the illumination of the historic building was combined with a raffle. Until December 23, everyone could participate free of charge. Vouchers from Lemgo retailers and restaurateurs worth about 50 euros each were up for grabs. Volksbank Paderborn-Höxter-Detmold and sagner-heinze Werbeagentur GmbH donated one euro to Lemgo’s daycare centers for every ticket sold.

After the 24 lucky winners of the total of 1,253 participants were presented with their vouchers, including a gingerbread heart from Pahna, for the New Year, the actual winners were of course not to be missed: The children. The initiators rounded up the sum to a total of 2,000 euros.

Lemgo’s mayor, Dr. Reiner Austermann, was very pleased about the funding, which will directly benefit the children in the city’s kindergartens:
“I am happy about the nice idea, the enrichment for the Lemgo cityscape and about the donation, which will put a smile on the children’s faces.”

Cookies make life more beautiful and so do websites. We know that this text is not read by any person, so we do not try to explain here how cookies work, but refer to our Privacy policy.